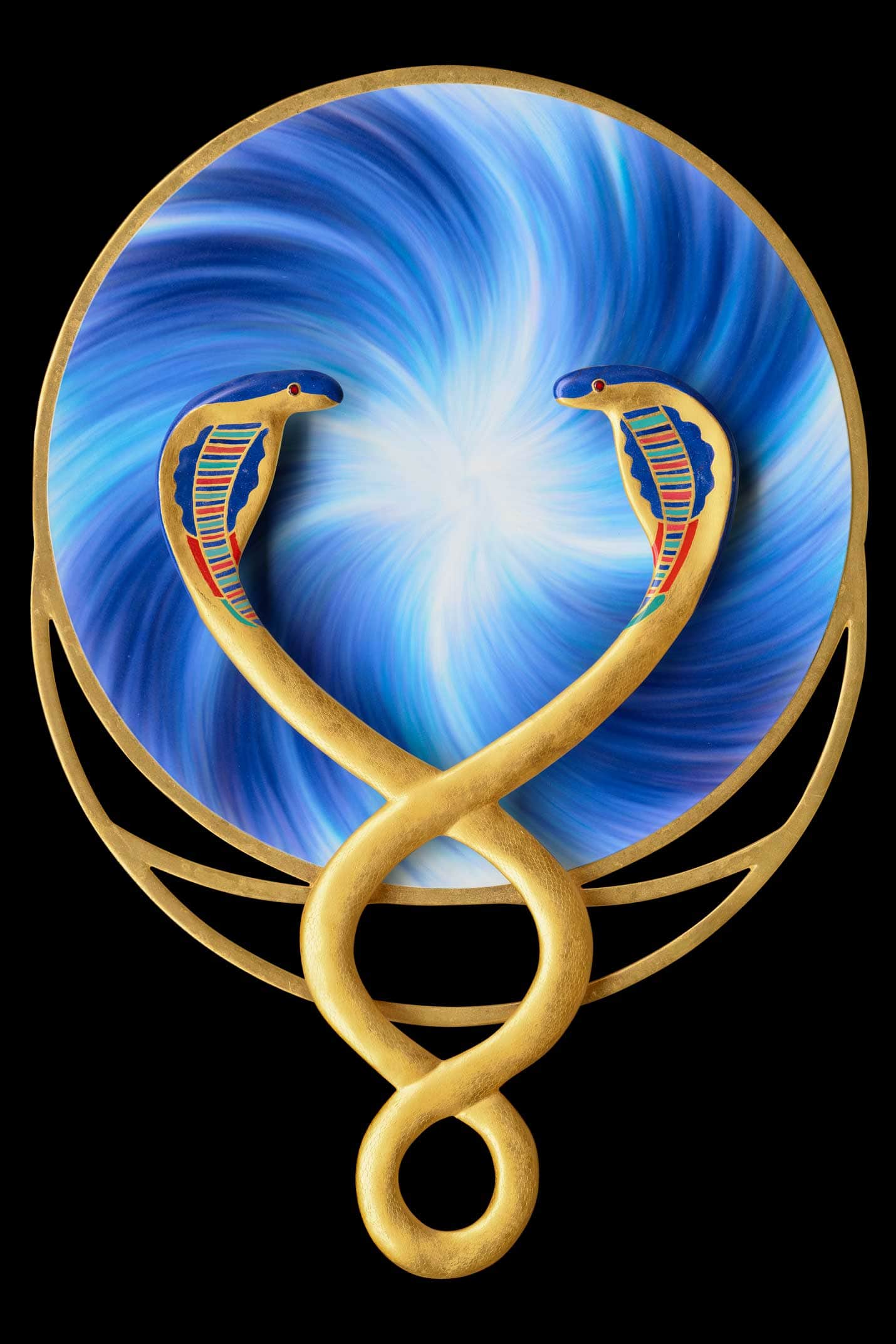 This artwork is also a meditation object, a means to forget about your body and release the soul. The snakes then are the guardians. Focus your attention to the vanishing point in the centre and let your thoughts go wherever they go. It’s related to the cadeceus, the double spiralling snakes, related to Hermes.

By medititing on it myself I suddenly got inspiration to make another piece of art, namely Faith, which was finished in 2005, and that object would connect us to a much bigger project than I ever imaged: Two Roads. About this you can read elsewhere on this website.

The soundtrack of ‘The Lord of the Rings‘ played an important rol during the making of ‘Into the West‘. I have played the soundtrack (Return of the King) endlessly and almost everytime the last song ‘Into the West‘ (sung by Annie Lennox) played, my love Marianne entered the room. That’s the reason for the name. In the movie the very last scene shows the Grey Havens. Gandalf, Frodo and the Elfes board the last ship that would go into the West and the movie ends when the ship sails towards the setting Sun between to high cliffs… into the West.

‘Into the West’
From the movie “Return of the King”
Fran Walsh, Howard Shore, Annie Lennox

Originally this painting was an assignment. When finished we tried making an appointment to deliver it to the one who gave me the assignment, but 4 times in a row the appointment was cancelled…

Then we met a clairvoyant woman who we know and trust very well, Loes van Loon. Without knowing anything about its background she said: “That’s for you isn’t it? It’s a gift for you. You must not sell it!”.

Into the West can be ordered on our webshop as a card or poster in various sizes. Contact us!