Animation with the building of the Akaija-Iloa

Neriam Tamathui (also called Rueben), is the holy man and traditional narrator of the island of Aneityum in the Pacific Ocean where the word Akaija comes from. He explains what the various words mean for ‘we together’, ‘we three’ and ‘we all’. And you learn the actual pronunciation of ‘Akaija’ in the language of Aneityum.

The second anchor point of the Akaija-Iloa around the Earth is Angkor Wat in Cambodia. Here too, there is someone you could call a knowledge keeper of this location, Mr. Tee Tam. He was trained as a tour guide for Angkor, but feels better at his place as the owner of a minigolf course. He still knows almost every guide of Angkor. He recognized the pentagram form of Akaija-Iloa and to our amazement he showed that this same symbol during the Cambodian Khmer New Year (April 13-15) is the most important symbol of the country, found on every house and in every street.

TV recordings in Moscow, with a special woman, Natalia. She worked for the Ministry of Energy of Russia during the Chernobyl nuclear disaster (similar to Fukushima) and has since then worked for countless survivors and their families. A few dozen Akaijas found their way to these people and Natalia describes some amazing cases of improvement in these people’s health since they started wearing the Akaija.

The Chram is a new instrument / jewelery (2017) by Akaija & Art. Here a short animation.

Sunset over the Temple / Chram of Angkor Wat, Cambodia, February 2018. During the equinox the sun descends exactly and vertically over the central tower.

Even more Angkor … near Angkor Wat is Ta Prohm, another Chram of the Angkor temples. Perhaps not directly relevant to the Akaija, but it is special to see what nature can do. The film Tomb Raider with Lara Croft was also recorded here.

A studio talk in Germany about the Akaija, with explanation about the connection of the Akaija with the pyramid of Cheops, with Angkor Wat, with Easter Island and of course with Aneityum, where the word ‘akaija’ means: we all.

Construction of a 2 meter large Akaija in Arkaim – Russia. Unfortunately, this action did not go as planned the constructie took 45 minutes instead of 5. I (Wim) was so stressed! The completion of the Akaija is unfortunately not on this video, but the pictures below show what happened next. Help came in various ways when I silently asked my (deceased) father and my deceased love Linda for help. People informed me that a young girl saw Linda who could not reach me well (I was too stressed, because it did not go well … I thought). Then I got help from none other than a Soyuz rocket mechanic, Alexei, who can be seen watching dressed in blue, with red shoulders and a piece of Akaija on his neck.

In retrospect, we heard that the cosmic precise moment had to be awaited, after which the energy discharge could expand maximally over the country. Construction took place amidst hundreds of Russians who patiently awaited and realized that something special was happening here and was obviously a must. When the Akaija was finished and activated by Eliza White Buffalo and our group was walking down the hill of Forgiveness, countless photos were taken. ALL cameras showed a strange phenomenon: orbs ! And not a few, but thousands. Orbs are often ridiculed, but since this night I have been convinced … They are now increasingly recognized as a visible expression of spirits. They are mainly photographed when people come together during special events, attracted by people, joy and love.

A very intense experience, which I would rather not like to repeat but one of the most special in my life.

And here’s are photographs of the completed Akaija… 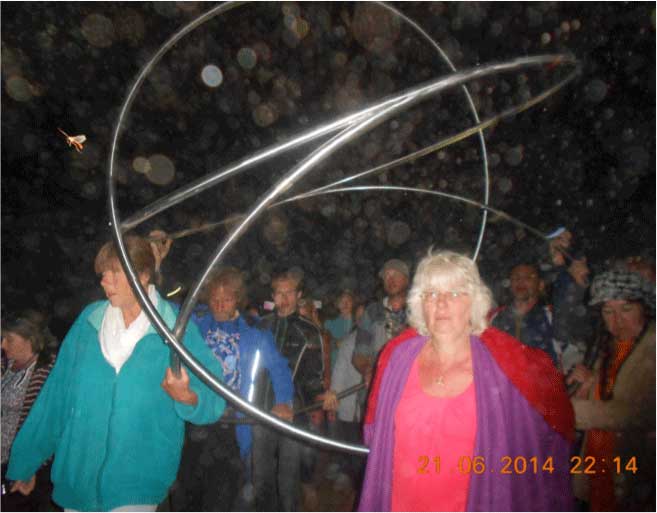 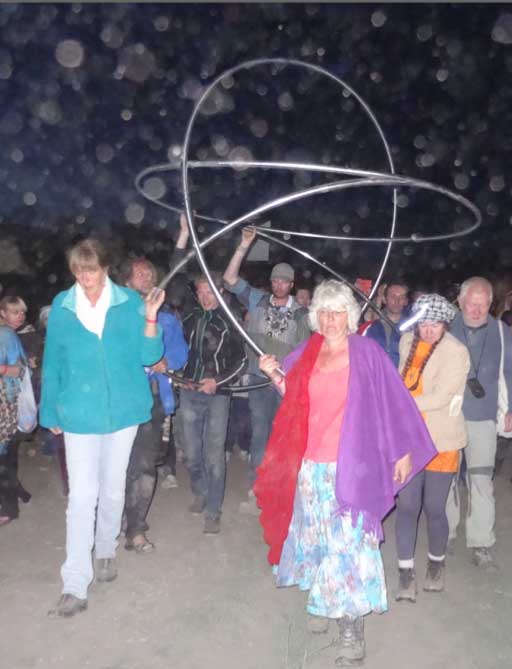 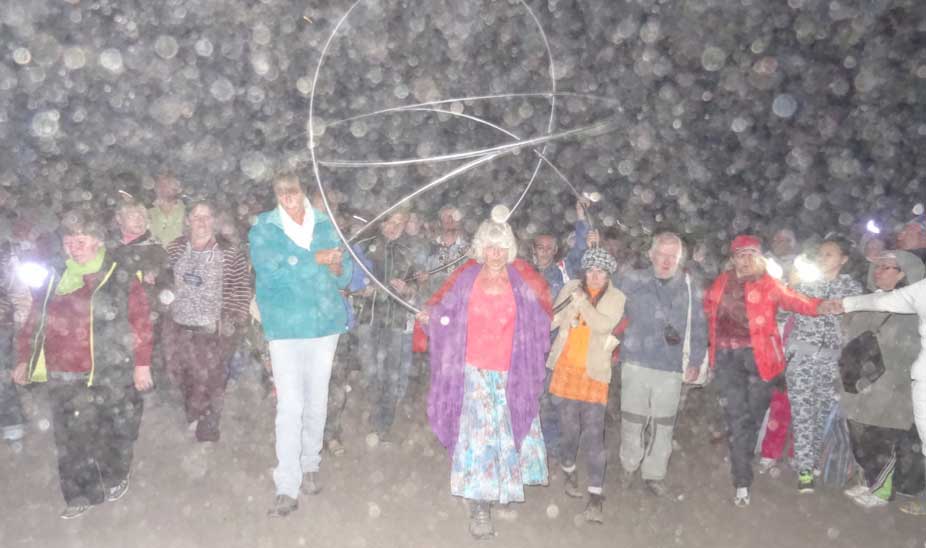 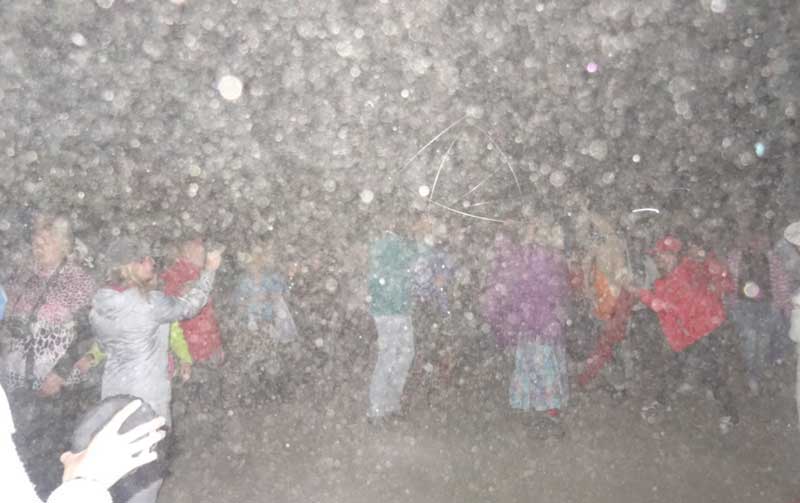