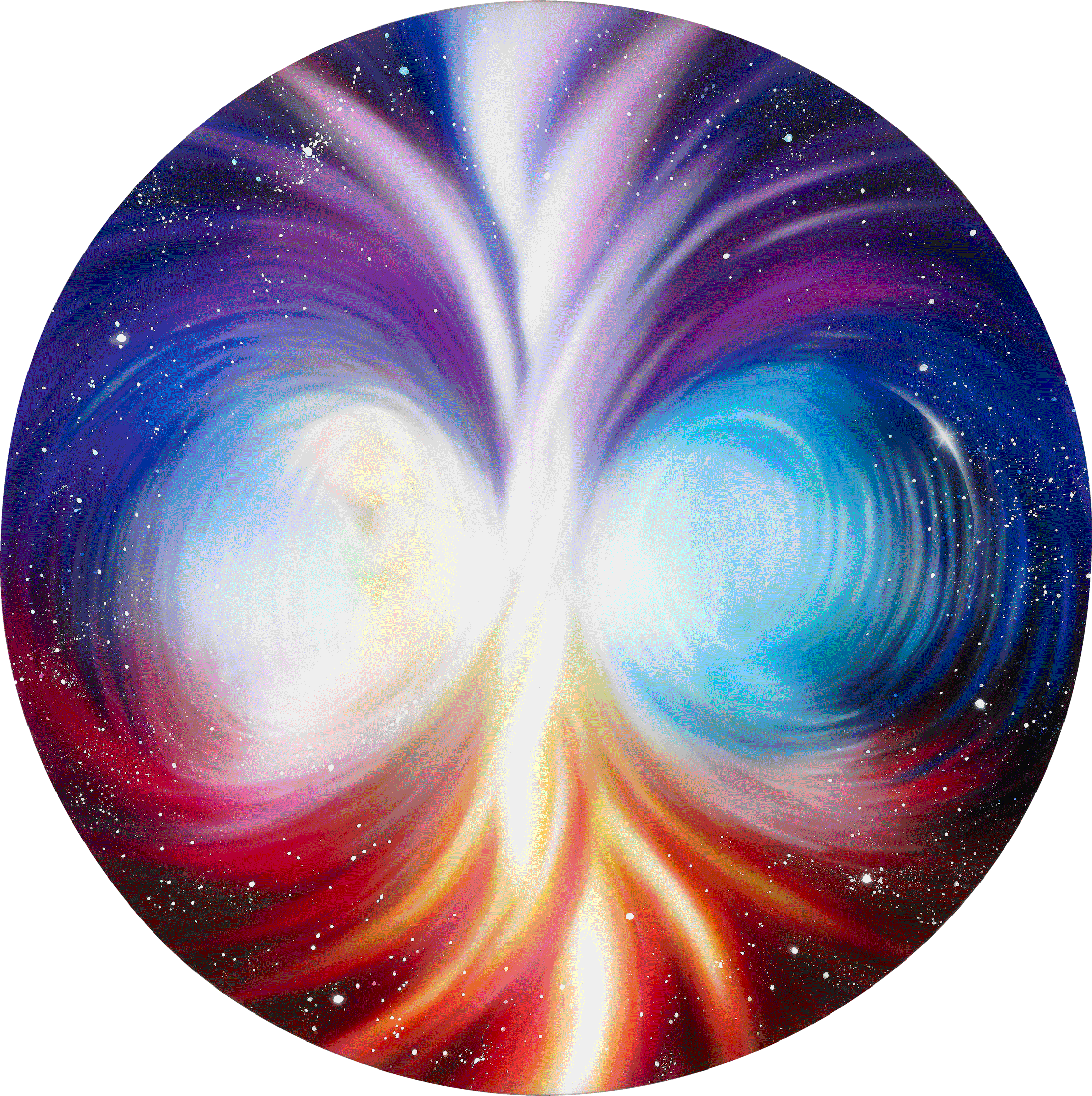 How Rebirth came to be

When a woman asked me to make her a painting, I immediately ‘received’ a kind of inspiration of the symbol that had to be part of this painting. Usually this does not happen to me like this, but in this case it really was like being in a movie: The inventor got an idea, looks for a scrap piece of paper, makes a sketch and puts it in his pocket for later use.

A couple of these later I started painting and while doing so I wondered ‘where’ this would take me. Or… where Spirit wanted me to go to. What were ‘they’ trying to tell me? I roughly followed the sketch, but I felt that something was not right yet. I simply didn’t ‘see’ it. I did not understand it. Now I know that my guardian angel Amhirez, and my deceased love Linda do inspire me. And there must be another guide, whose name is not given to me (whatever that reason may be :-). Sometimes they want me to figure it out, taking a detour so to say, that in the end appears to be the quickest route. So I felt I was given a puzzle, but how to find the clue? Give me hint guys!

A bit mentally exhausted I took the painting downstair, put it against a glass vitrine, switched on the t.v. and sat down on the sofa with a cup of tea. The t.v. showed a documentary about Leonardo da Vinci. ‘Weird’, I thought, because all time while painting I had to think about Leonardo. That had to do with another paiting, ‘Rose‘, but that’s another story.

Sudden I saw what I had started to make… a torus!
Leonardo da Vinci is one the great re-discoverers of Sacred Geometry, a special field of geometry that is hardly practiced anymore in modern times. Alas… because with this knowledge houses and cities and even entire countries can become better in many ways. But that’s another topic.

The Torus shape if one basic form that plays an important role within this field. I wasn’t thinking about geometry and torus shapes and such at all while painting. It wasn’t until I painted the purple line in the centre that I felt “Yeah! That’s it!” It connects left and right and suddenly I realized… this is a Torus shape, but…. instead of looking at the full shape from the outside, this is the perspective from the inside!