Lady of the Rings

After Linda got a diagnosis of cervical cancer in 1999, she and Wim decided to follow a road no one understood. Indeed that road was hard. Seemingly it was the worst road they could ever have chosen, but it was a choice made by the heart, and in the rear-view mirror their choice was the exact right one!

This is the story of…
Linda, who was very popular among her students, but in who in1985 was struck by lightning whilst driving her car.
Igor, a man from the 16th century, who was sent to battle while his wife was pregnant, and who finally ended up in the last days of the 20th century, like a time-traveller, looking for his love Nasja. Incredible, and yet this is a true story!
Amà, a cheerful woman from the Spirit World, who sugges ts that Linda builds a wall of Light around her home.
Marianne, who just started a career as a therapist when she gets a phone call from a very ill patient who has refused all regular health care.
Wim, who, during a beautiful nightly encounter, is briefly projected into the spirit realm; an experience that changes his life once again in a totally unforeseen direction.
A special Ring inspired by Linda, who also inspires Wim to find five other rings. Secretly…. an unseen ring also, a ring that, in love, unites them all.
The Akaija, Linda’s gift to mankind, a tool that is already in use by thousands of people worldwide, a tool that is surprising scientists and symbolizing ‘We are One’, a universal and timeless concept.

Above all, this is a love story, beyond the boundaries of life.

“Written with authenticity, the story is very real with real passion and acceptance, pain and understanding of pain. The message is clear: choice is a god given gift. You have free will to choose for yourself, and no matter what choices you make, acceptance softens the road and allows you to trust others too.
I believe Linda taught us to allow others to be who they are.
She is still teaching us this, and also to trust in others’ gifts, but not to the price of your own integrity because being you is the greatest gift you have; staying true to you, to your own unique path, will guide your choices, no matter how intense they may seem.
Ultimately, that will be your greatest success.” 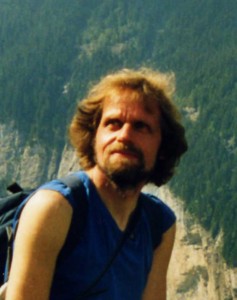 Wim Roskam (1960) was educated to be a primary school teacher, but didn’t feel happy in the profession. His love Linda allowed him to explore his creative side, even when it meant he didn’t contribute much to their income for long periods of time. Linda’s choices during her severe illness (1999-2001) were his choices too, but it brought them on an isolated path and had a deep impact on both of them. Her passing in 2001, and an incredible nightly encounter with her several months later, marked the start of Wim’s new art and writing.

Although Wim is not a medium in the common way, there are countless indications that he is inspired by Spirit in his paintings, creations and writing.

The Akaija-symbol, that Linda inspired him to create is a healing tool that came into existence as described in this book ‘Lady of the Rings’. It has brought him and his new love Marianne (therapist and healer) on an adventurous path all over the planet.

Linda’s gift to the world, the Akaija, is now used as an healing tool by many thousands of people wordwide. It has brought Wim and Marianne into the lives of shamans, indigenous tribes, descendants from ancient races and many sacred sites all over the world.

Their company is called Akaija & Art, and one universal cosmic message stands out in all that they do: We are One.

During the period this story playes, the ring wasn’t finished. It wa a difficult process to create it in physical form. But at last… November 2017 (15 years later!), using modern 3D software and lots of training in addition to classical skills, Wim made the 3D-digital version of what the ring will look like. Here’s an image. The physical ring may now also soon be ready too now, for also the pentagon stone settings were created using this complex software. These stone settings were the hardest to create.

Linda is the… Lady of the Rings?

Yes, Linda can indeed be considered the Lady of the Rings as she inspired Wim to re-discover an ancient design that relates to a network of lines, running as rings around the Earth. This started with a painting, on which a seemingly simple ymbol had to be placed. That symbol became an object. That object became a healing tool. This healing tool got a name from Linda: Akaija. That name ‘Akaija’ appeared to be a specific word on an island in the Pacific Ocean. This island appeared to be part of an alignment of many of Earth’s most important megalithic sites. Even now this story continues to evolve. Central theme in all that’s discovered is the message that was given by Linda from start: We are One.

For this reason we decided that Linda’s book deserves to be titled: The Lady of the Rings.

Of course we all know the great story of Tolkien, and the movie trilogy The Lord of the Rings. The story of Middle Earth starts with words like these: “But in secret, the dark lord Sauron forged a master Ring. And into it he poured his cruelty, his malice, and his will to dominate all life. One ring to rule them all, one ring to find them, one Ring to bring them all and in the darkness bind them.”

This famous story tells about the quest to find this dark ring, and to destroy it in Mount Doom, the only place on Earth where that could be accomplished. But the deeper meaning of this story is about a soul’s journey on Earth, to overcome evil. May your heart be true when darkness falls. To complete this quest countless other souls help Frodo and Sam, and both Frodo and Sam are confronted with the challenge to overcome their inner darkness. This symbolizes the road that we all have to undertake on Earth, to overcome our inner darkness.

To give a positive twist to the dark words written above, we now suggest a new text:

“Five Rings, inspired by Linda, one for each element: Earth, Metal, Water, Wood and Fire. But in secret she showed another ring, a unseen, hidden ring, connecting them all and in the Love of we are one… unite them.”

There are no reviews yet.

Be the first to review “Lady of the Rings” Cancel reply