Mona Lisa is allowed to speak for the Melchizedek-line in the new era.

JOGROM speaks. The master-like layer that you now access is pretty new to this world. So it may not be surprising that, when you access brand new master-like study material, you need to overcome certain resistance. One could bluntly say: “Is the world ready for this? Are you ready for this?”

Circumstances can cause you to suddenly connect to ancient knowledge, that wishes to be spread again, but humanity is reluctant to accpet this. This master-like layger that you now have connected to bears my name: JOGROM.
You first need to understand the name, before you can start accessing the contents. Every name has meaning, as long as it can be traced back to the origin- syllabus, the ancient source sounds that determined universe. Creating namely is in fact a crystallizing of sound. And the oldest sound, so it is said, is EL or IL. In this first vibration of EL all is present… the Light that overcomes darkness and consequently all indications that caused all creational processes to go.

From EL however a totally different sound came forth than was expected. One would think that from EL would emerge ‘eee’, but because of the opening of the core from were all creation came forth, a sigh of relief escaped and you can translate this as AAAH or HAAA. HAAA is called first breath, but this breath meets resistance and becomes AAAM. Therefore it is the Aam-sound that indicates the beginning. First stop, we shall say, where creative forces were stopped, just like when you breath in, the breathing in your body, if only just for a moment, comes to a stand still. Aam is known by you in ‘Aamhem’, the amen, as well as in Adam, the man of first breath.
You recognise Aam also in Jogrom, but there the sound is darkened to an Oo-sound, OM. Beware… this isn’t the same as OHM in Omega, that indicates completion, breathing till the end. Om means that the sound of breathing comes to a stand still in the depths of the being-unconsicous.

My first sound/character, the JAH, is a Yes/Ya/Yeah, like in AkaiJA. Yes I surrender, I agree, I’m prepared. Like in YA-AAM or like the I AM, (note: In Russian language ‘Ya’ or  Я means ‘I’) to which it was bastered in English. The YA-sound in a word always means surrender. This sound creates it, but also causes it to transform into a new creation, because what else is surrender meant to be for? In ‘JOGROM‘ you also recognize the G, which actuallly is a GA, the word, the indication of the laws of creation, and the RA, the fire. Fully spoken my name, in origin-language is JA-GA-RA-AAM… I say YES to the power of the word and the Light to create new life.

Why this name darkened to JOGROM is a long story. The dedication to the power of the Beginning can in fact only be found in the highest light being that we nowadays call angels. The angels who assisted the start of Creation, the Angels of Creation. They are called Ani-el and Ami-el and they also guarantee your working. These high angels are rarely mentioned, because in common human language they can be called beginning and end. They are a sacred twin, with their wings they include the ALL. Ani-el and Ami-el are as it were blind, but one and all feeling. Intuitional they know how to include the entire Creation, by surrendering to the prime fundamentals creation.

In the beginning of times this was all evident. All creatures were wild enthusiasatic and agreed voluntary to be blended into the divine or architectural plan of the ALL. But there also was the element of intractability, the free will as you know it. And this free will made that some rested on their laurels for too long, and that’s mildly stated. JOGROM means that at one moment the breathing out was so deep that the work shut down altogether. So I shut down, far too long I shut down. Despite my original name JA-GA-RA-AAM, a jubilee cry full of surrendering to the divine act of Creation, my name now has become a grumbling.

In your (Netherlands) language much of the origin language can be found. Grumbling (NL: grommen)  means that you hold in your breath. You smile coyly to the forces you can’t or won’t understand. This inarticulately muttering prevents also to really go into action. That is what you too have in common, or shall we say had in common. During your previous missions you came to a standstill and trampled for too long on spot. Also anxious to start moving again, because of not being sure the tuning was right, if you would be able to have the breath to be incorporated in the big plan of Creation again. Now you have pulled again and this is because of what you have received or have been given and to centralize the yes (ja-) word: Akaija.

Then what is the KA-force?

This you know from your Egyptian incarnations. KA is the world soul. It is the great consciousness that emcompasses the ALL, inciting and inspiring all that is. So in fact AkaiJA meant as much as a JA (yes) to the world soul. It is a total answering to, the total conscious dedication that places you on your location, or in a group or inside an object… the applications are endless. So when the JA-word vibrates deep within you, then you surrender yourselve to this divine guidance. But my sleeping ‘unit’ I could say had to be re-awakened. It’s the world layer, an ancient layer of knowledge from origin times, that had fallen asleep. The JOGROM therefore is in fact a knowledge territory – not dependent to a system – in the Universe, not bound to a planet or an environment, a purely a knowledge territory, in which ancient knowledge is collected, stored and that is guarded by masters like me. We have given ourselves such little right of existence that we now barely have identity left. We are the knowledge that we protect. We are like an identity skillfull regarding the knowledge, like a mother-hen over her eggs. Those eggs we guard with all the power that’s remaining inside us.

What’s inside the JOGROM archive? Because it really is a kind of archive, though it is not consulted, not yet. So you belong, together with a few individuals on Earth, to this group that is allowed to tap into the JOGROM knowledge territory, so that once again the laws of creation are obeyed like they originally were meant to be lived by, and not the way they are diluted now into a lot of knowledge, gnosis that’s assumed to be the truth all over the world.

JOGROM also means the JA-GA-RA-AAM principle… that all is again reconnected to the first breath: AAM. The Amen like the Essenes and the first Christians pronounced it does indeed mean: may all be like in the beginning. Thus you order the world to the beginning. Like God originally intended the world to be, and not like it has become, because a lot of obstinate creatures interfered with it. So there’s a lot of derivate in this world, a lot of derived arts and creative expressions. And they are pretty, becasue after all they are creations, but you can imagine that something is lacking in them, namely a spark. The original divine spark is what makes that something is really super attractive.

So, now we come to the egg. You want to lay an egg together with your new friend, and not just one of many! It’s a step in consciousness to which many people are invited to dare master the new world view. Today we will have to split up this information in different episodes, because your world view will be totally revised. The world view that the ordinary man nowadays has of this world is that of a sphere. A spherical structure in which the Universe fits exactly. And in this Universe there are systems and dimensions and all are well-ordenend. People think in layers, a kind of layers from the innermost point till the outermost point. This laminated structure looks a bit like the construction of an onion, whereby from the core skins are created until you reach the outermost skin.

(… from here the channeling is more personal. I will soon filter the more commonly interesting parts ) 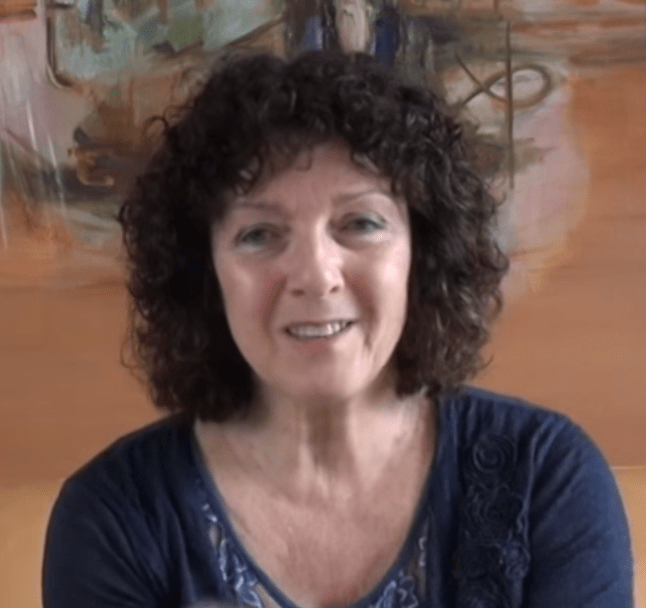 (1953) – Mother of four children. She recieved both classical as university education. Since her ‘uncovering’ in 1991 she shares Messages and Channelings regarding the New Era, the return of Christ, the Unification and Restoration, and extensive educational material about the evolution to a the New Human. Since 1993 he provides spitritual trainings, lectures and soul messages.